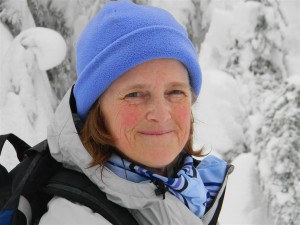 I like to describe myself as a world citizen. I have traveled widely; went to college in Florence, Italy; traveled in that sea of Eastern Europe where all the names have changed; traveled to Russia, France, Germany, Switzerland, Austria, Egypt, Israel, Jordan and others. Although privileged, I fully grasped the extreme disparity in the world both for animals and people at a young age.

In the years since college, I have lived in Mexico and traveled in the United States and Canada.
My work in Mexico has brought me to this place where I am now, trying to be a world citizen for dogs.

I have always loved dogs, and have participated in rescue, spay and neuter, and other aspects of humane work. But the world altering moment for me was the loss of my beautiful animal loving seventeen year old daughter Morgan on February 21, 2004. Life changed in an instant.

My friends Sue Anderson and Greg Reed took my son Seth, then age 13, and I to San Jose del Cabo in Baja, Mexico, shortly after Morgan’s death. Seth and I both felt a little better in this environment, and when I was approached to help with street dogs, I accepted. Seth and I moved to Mexico where I worked at organizing teams of veterinarians to help spay and neuter animals in poor neighborhoods. Again, the contrast was stark between my day job and the beautiful homes where I spent many evenings enjoying delicious food on verandas overlooking the Sea of Cortez.

When Seth lost his sister, he was devastated. At age 13 there is no way to make sense of something so tragic. He never recovered and wandered lost. After a long struggle with drugs, he died of a heroin overdose on July 4, 2014. Both of my children were gone. What was I to do but put one foot in front of another and try to live ? Many people say that they would just die if they lost a child, but really, you don’t. Life changes and I had to decide whether to lay down and never get up, or to do something that mattered in the world. I decided to get up.

I know that Morgan and Seth would be proud to know that I am working to help the most cruelly treated animal in the world, the dog. To that end, the relationships formed over years of rescue have turned into a team of passionate people worldwide to help dogs. I am very proud to work with them.

Volunteering is the ultimate exercise in democracy. You vote in elections once a year, but when you volunteer, you vote every day about the kind of community you want to live in.