Introduction to Our Board 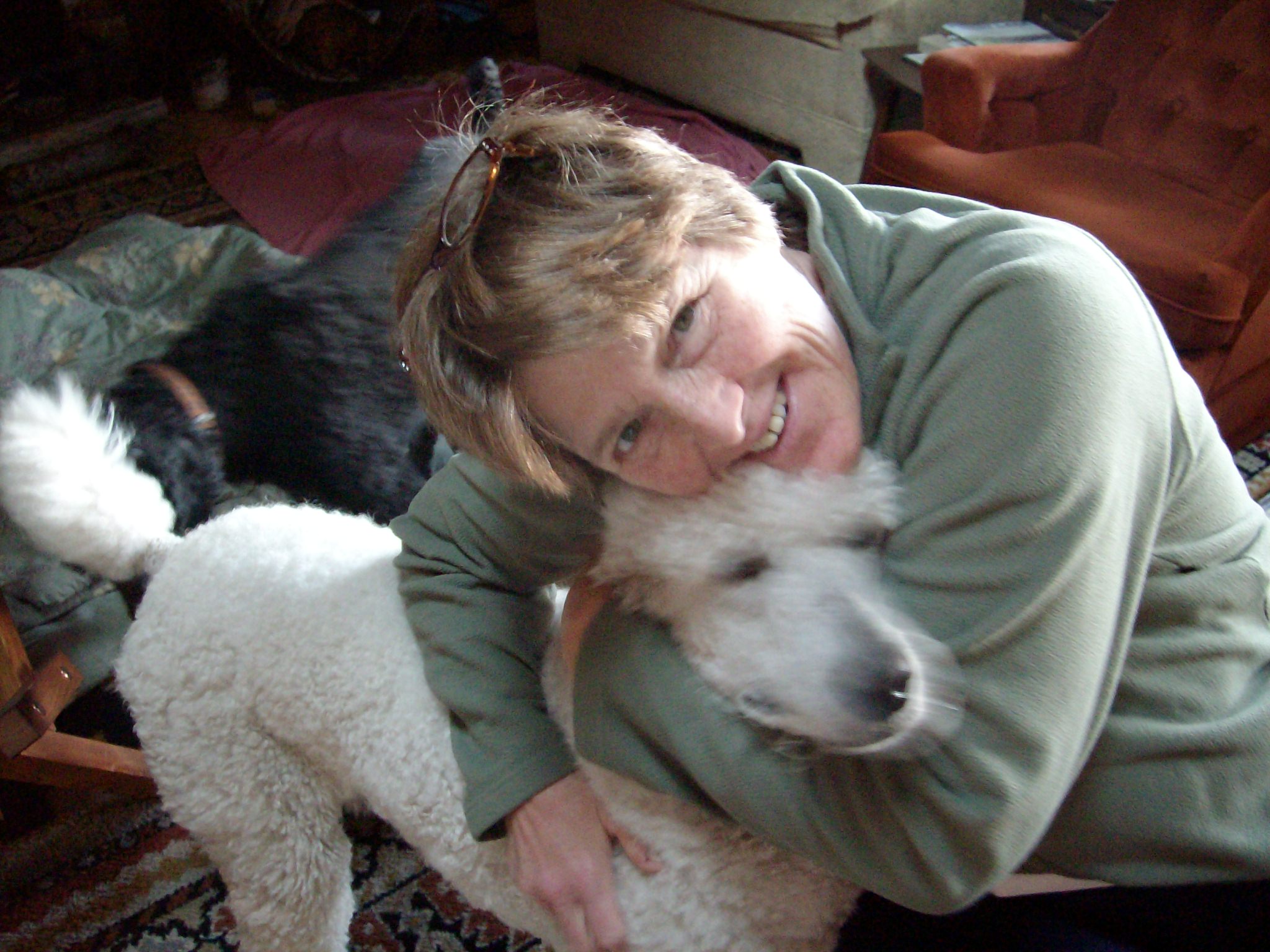 Nancy Mueller was born in Kansas in the ‘50s, just to set the tone.  She grew up wandering the gullies and hills around Missoula, Montana with her two brothers. It was evident from an early age that she had a penchant for dragging animals home. Dog, cats, wounded squirrels, and even a pony found their way to her Mother’s kitchen door where they were swiftly sent away. Her rebel mind committed itself to a life involving animals.

She did manage to finish college after a 20 year career in major-shifting. Nancy has worked and volunteered at the Spokane Humane Society, Pet Savers Low-Cost Spay and Neuter Clinic, CaboCARE in Baja, Mexico, and has served on the boards of Pet Savers and Animal Advocates (current).   Her period of serving as the Executive Director of a Humane Society in San Jose del Cabo was a pivotal event for her, working where animals are least likely to be helped due to financial, geographic, and cultural barriers.

Helping Mexican veterinarians by partnering them with U.S. and Canadian Veterinarians, they  were trained in the latest spay and neuter procedures.  She worked with the Humane Society of the United States (HSUS) Rural Area Veterinary Services (RAVS) and other coalitions.   Nancy thanks the amazingly talented group of Americans and Canadians who helped to organize fundraisers and were expert in the logistics of managing incoming surgery teams.  In addition to speed-learning about spay and neuter in the ‘hood, Nancy started transporting dogs to California,  Washington, Oregon, and Idaho.  The transformation from matted and sick dirt dog to dog-in-the-chaise-by-the-chair makes her glow.

Nancy’s home base is in Spokane, Washington where she gutted and renovated an old house with dog safety and quality of life in mind (including paned windows so the greyhounds would realize there was a glass barrier). She continues to drag home creatures in need. Luckily she has a very supportive partner. Her mother however, is sure to be rolling her eyes in heaven.

Nancy is the President of The Grateful Dog 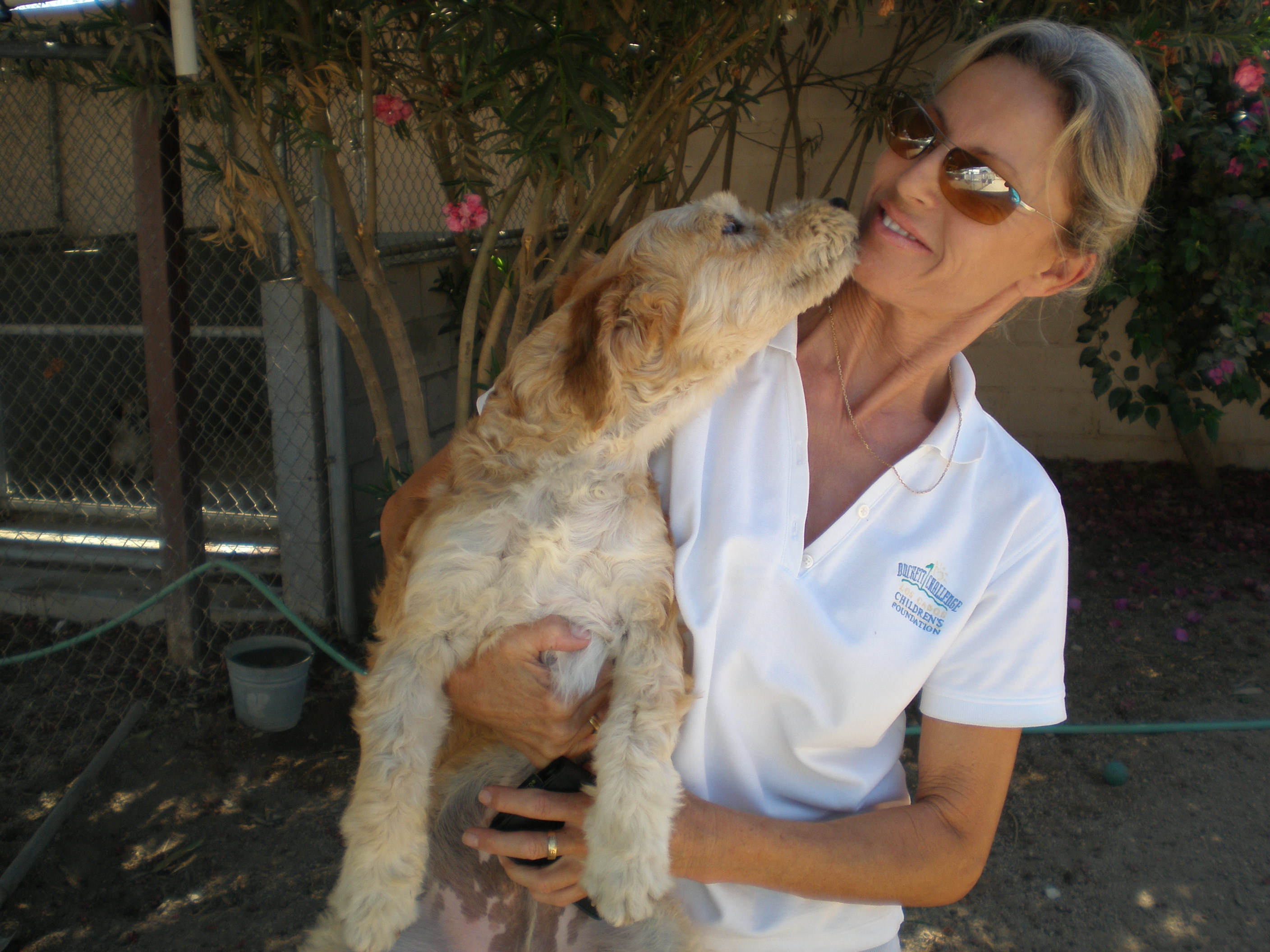 A native of France, Isabelle Anne Tiberghien has been in San Jose del Cabo, BCS, Mexico, for the last 25 years. Before finding Los Cabos she frequently traveled from Biarritz, France to California. Her life in Mexico was a far cry from her glamorous life in Biarritz;  she is a former Miss France, speaks three languages, and dated Frank Sinatra!

After vacationing in Baja, she decided to move to Mexico. Immediately she found herself surrounded by streets dogs just like the Pied Piper. Everywhere she looked they were in great need; suffering from malnutrition, skin disorders, and always in danger from cars and poison. Isabelle knew she had to do something. She started picking up one dog at a time, nursing them back to health and finding them homes.

Isabelle found herself trying to help all the families that care for their animals – cats and dogs. When her car starts up any street, the word spreads quickly. She passes out clothes to the kids (and their parents) – and the kids know to bring empty grocery bags to get dog food. Educating people about caring for their animals is very challenging but has given Isabelle the greatest rewards life can bestow. She says often that these families with so little are happy with what they have and are uncomplaining, which makes it all worthwhile. Isabelle is most happy with what her shelter and non-profit achieve rehabilitating dogs. They are left to die on the streets and they are given a second chance at life.

Isabelle Ann founded BAJA SAFE Humane Society in 2007, a non profit organization that depends solely on donations. The organization promotes and sponsors spay and neuter clinics with the health department in San Jose every week. With the help of some of her friends, she tries to save the world, save the cow, and keep her hands out of the mouths of Rottweilers!  And you can bet that while you are reading this, the former beauty queen is out in the dust and dirt saving the dogs of Baja.

Isabelle is the Board Treasurer of Flying Dogs animal Rescue League, DBA The Grateful Dog 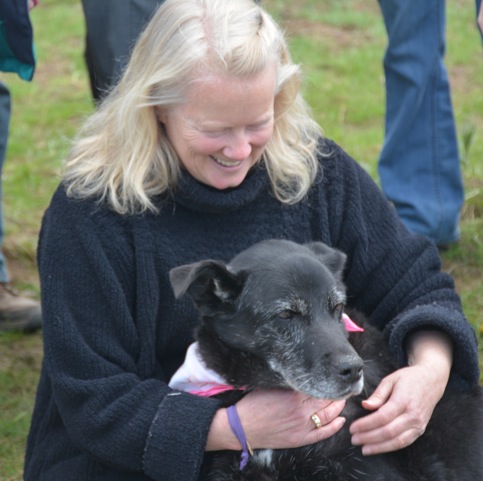 Sue Anderson makes her home in Spokane, Washington.  The happy result of having worked for Alaska Airlines for thirty-five years is that she has done a bit of traveling!

Sue is a 25 year veteran of animal-related non-profit organizations. Starting as a dog foster home in 1993, she quickly realized that spay and neuter was the answer to her community’s dog and cat overpopulation (fortunately, not because one of those fosters blessed her with 12 puppies!).  She has helped plan, design, build and operate two spay and neuter clinics, as well as mentoring and training start-ups in small communities in Washington State and Idaho, USA. At the helm as Executive Director of Pet Savers for the past ten years, it has celebrated its 50,000th surgery! Sue has been instrumental in forming partnerships in Spokane with animal-related groups in sharing ideas, keeping accurate statistics and working together to increase the live release rates from shelter.

Sue and her husband Dick started a ritual of going down to the Spokane River and feeding the feral cats.  Soon, they were learning all they could about Trap, Neuter/Return, and she became an expert in this arena as well.  No one can trap a cat like Sue can trap a cat!

She is an active emergency responder with training in natural disasters and animal cruelty seizures. Sue has worked with the American Humane Association and the ASPCA during hurricanes Katrina, Gustav, and Oklahoma City. Participating in numerous animal cruelty seizures throughout the United States, she is regarded as an expert cat handler (which is not easy).

There are so many people and animals who owe Sue a huge debt of gratitude.  Her dogged drive has saved hundreds of thousands of lives.

Sue is now putting her diverse experience to work as a board member at The Grateful Dog, focusing her time on website and FaceBook development, and fulfilling her destiny as a cat whisperer. 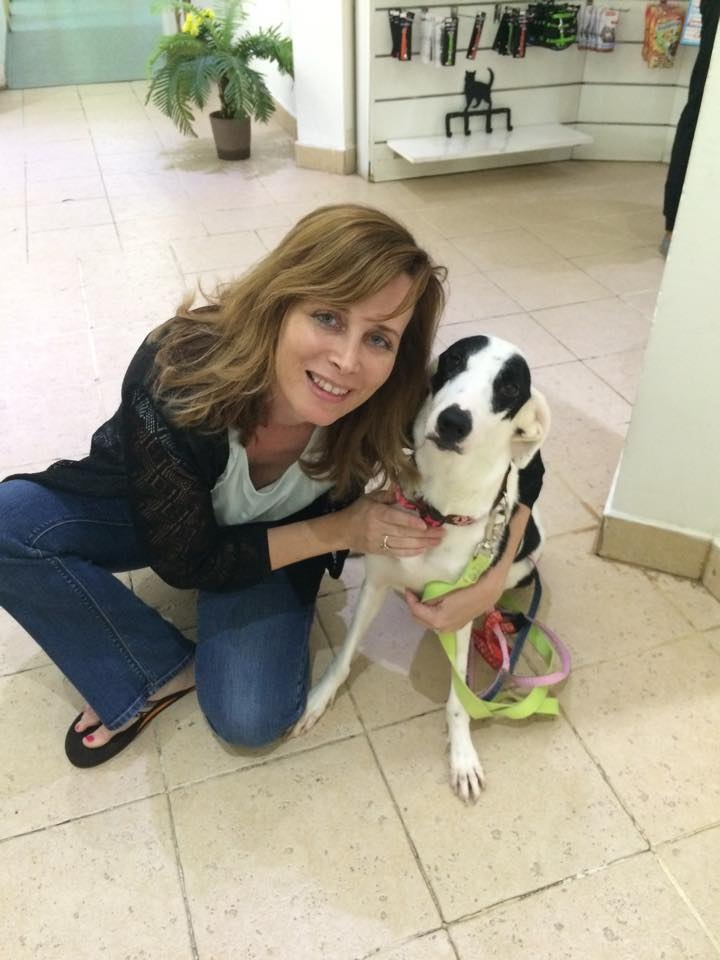 Caroline Fernandez grew up a twin on six acres in a small southern town. There were always many animals in her family and she spent years show jumping horses. While in the US, Caroline worked as a volunteer for a spay and neuter group, doing fundraising and event planning.

She started on her educational path at age 16, when she was an exchange student to Germany for one month.  At 19 she was an exchange student in Austria, followed by undergraduate and graduate degrees in German. She is an ESL teacher who has worked with Spanish speaking people in the South (K-12). Working as a substitute in Qatar, she helps people with many language backgrounds in English. Caroline is a traveler, having visited, worked or studied in Austria, Germany, the UK, Spain, and Qatar, among others.

She was shielded from cruelty as a child and as an adult had little exposure. Her first experience with the plight of animals was when her family relocated to Qatar in the Middle East. Caroline began to walk dogs at one of the shelters (all operated by expats). Then, she realized that she was surrounded by cruelty; poisoning, shooting, starving, and all manner of horror visited on cats, dogs, horses, camels, goats, and other living creatures. She threw her heart and soul into making a difference, specializing at a volunteer job that she knew would sync with her organizational abilities. That job was moving dogs from a desert climate with temperatures of up to 120 degrees to more suitable places.  Caroline gave herself a lightening-fast education in the details of transport; airline rules and regulations, filling out special forms, and getting health checks.  She learned about and contacted other rescue groups in the United States and made successful dog-to-group matches;  huskies to Chicago, Salukis to Arizona and Florida, golden retriever mixes to Washington State.

Having relocated 90 dogs in her first year, she hopes for 100 in the coming year.

Caroline is a committee member of Paws Rescue Qatar and is now president of Desert Hound Express. DHEx focuses on transport of dogs out of the Middle East and Trap, Neuter, Return, and feed in place programs.  She is also the Secretary of Flying Dogs Animal Rescue League, DBA The Grateful Dog.  Caroline and her husband Adam (a Brit), sons Eric and Alex, live in Greenville, South Carolina and Doha, Qatar.