An Introduction to Our Advisory Council 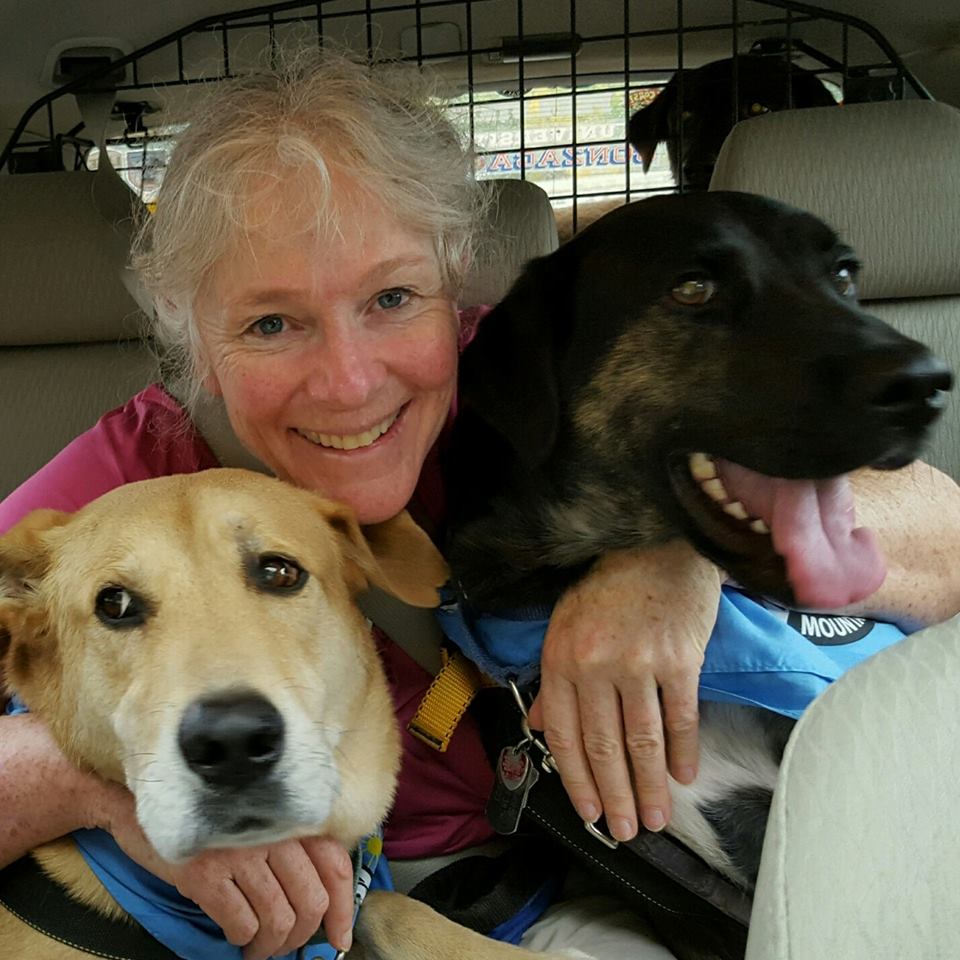 Diana Roberts spends most of her days flip-flopping between the left-brain demands of her job as a scientist and the right-brain processes that drive her avocation as an animal lover, artist, outdoorswoman, and haphazard gardener.

Diana uses her PhD in agronomy (agriculture) as an Extension Educator for Washington State University, working primarily with grain farmers. Growing up in the remote mountains of Zimbabwe, Diana learned gardening from her mother, who raised luscious vegetables and over 25 types of fruit for the family. Diana gained her conservation ethic from her forester father, while their dogs and horses taught her the value of their love and companionship.

The past 20 years, Diana has shared that animal love with others as her 3 dogs and 2 of her cats have qualified and served as therapy partners. Currently, she and her Shelter Treasure dogs, Murungu and Rufaro, volunteer with hospice patients – many of whom have no family nearby or on the planet. Diana paints watercolors that show the human-animal bond formed during their interactions.

“I find that demonstrating compassion for another being is the surest way to expand my soul,” says Diana, who is also an ardent advocate for the vegan lifestyle. “It’s better for human health, better for sustaining the planet, and way, way better for farmed animals,” she adds.

Diana and her dogs rejuvenate with frequent hiking trips to the mountains. The trio also skijor together in winter and test the flotation limits of their paddle board in the summer. Their cat, Nyuchi, sometimes rides in her backpack, though other times he prefers playing brain games or perfecting his ability to swear in Latin.

Diana is very welcome on our Advisory Council. 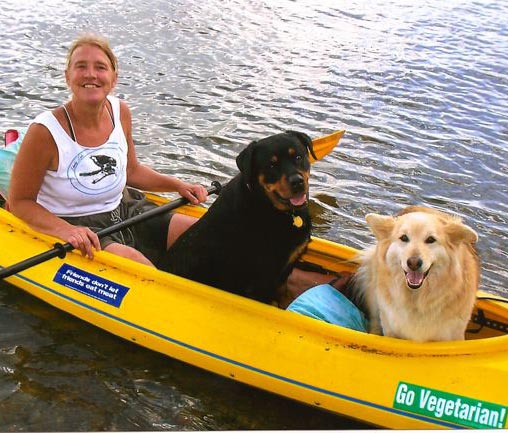 Kerry Masters is probably the most highly regarded benefactor for animal groups in her home community of Spokane, Washington.

She attends many dog walks, auctions, every chocolate event (and who wouldn’t?), wine tasting and other fund raiser for animal causes.  A recycler in every sense of the word, she buys at auctions and then donates most of what she buys to another auction  — she is spoken of fondly and affectionately her consistent giving of two and three and four times.   Her mother, Chris Anderlik, now passed, is one of the heroes of animal rights in many communities in the US.   Kerry will proudly tell you of her mother’s court win against a hunter in Michigan.

A big advocate for spay and neuter, she and her father, Bob Anderlik, have charitable foundations to donate funds to this worthy cause. She also is a huge supporter of national groups such as the ASPCA, HSI, and PETA.  She was a PETA blogger, founding member and board member of Animal Advocates 1990-present, participates in the Lands Council, and has been a vegetarian for decades.  Kerry was very fortunate to have been raised in a family of animal lovers who were and are now all vegetarians.  Christy, Bob, Chris and Kerry have spent their lives living their beliefs.

Kerry has BA in Plant Science and has recently retired from a marketing position with an insurance firm.  In this world, she learned to be an incredible diplomat with  a wry sense of humor.  She is generally spot on in making observations about micro and macro happenings in the world.  Kerry is an avid vegetable gardener, paddle boards with her dogs, is a hiker, biker, and skier.

We are delighted to have Kerry on our Advisory Council. 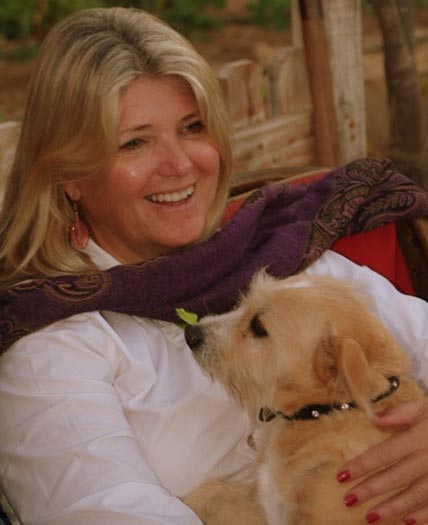 Originally from Sonoma, California, Gloria has lived in San Jose for over 25 years. She co-founded the San Jose del Cabo Organic Market in 1999 with John Graham and in 2003 she founded C.A.R.E (San Jose del Cabo Humane Society). She and her family have rescued over 250 dogs through the years!

Gloria’s love for dogs is shown throughout the farm. A perfect example is the farm’s placemat design honoring their current furry friends and those who are gone, but not forgotten. The dogs are a very important part of the farm and family! And they even have their own FB page! 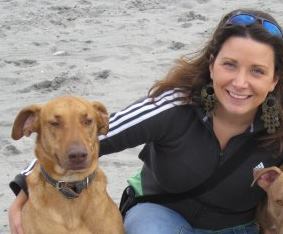 Veronika Zechner, DVM,  obtained her veterinary degree at the University of Veterinary Medicine, Vienna, Austria,  in 2004. She worked another 10 years in the U.S., Canada, Mexico, and Austria furthering her education.  We have to say that Veronika is one of the most amazing people on the face of the earth.  From her work on Indian Reservations in the United States, to boots on the ground work in Mexico, Romania, Hungary, and Bulgaria, she lives her beliefs.  We are so proud to have her on our Advisory Council.

Shortly after completing her initial studies, she moved to San Jose del Cabo, Mexico where she worked with the Humane Society in rural areas to help control the overpopulation of cats and dogs. In this impoverished population, she also helped with routine care and sometimes emergency medicine.

Veronika continued to work with numerous non profit organizations in Tijuana, Mexico as well as numerous states in the U.S. She attributes much of her personal development to having worked in developing countries, helping reduce suffering by prevention.  Veronika developed a strong passion for helping dogs and cats in need, as well as their often indigent owners.

Currently practicing in Vienna, Austria, to be close to her family, she still works with organizations in Romania, Hungary and Bulgaria to improve life for dogs on the margins of life.